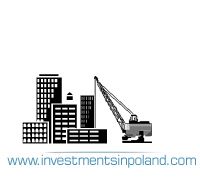 In case of Czestochowa, while the A1 highway is still in plans, the railway plans are already being realized. The Central railway track, which is being reconstructed in order to increase the see from 160 kph to 200 kph, will be used by the trains from Warsaw to Lower Silesia. The following track to be renovated, will be Konieclpol line, which connects Czestochowa Stradom and Opole, whereas, construction works on the track connecting Częstochowa, Lubliniec and Fosowskie has already been put out to tender. Modernization works on the track that connects Koniecpol and Turow have already started and passengers have to temporarily use buses, which are provisionally used instead of some the trains, which are out of service. Delays are expected due to the works. Not less important is the renovation of the railway track linking Warsaw and Gdynia. Since 2009, this track has been being adjusted to fit it for Pendolino trains. Currently, a journey on this track takes above 6 hours. Ultimately, a trip to the sea will take 3,,5 hours.
Investments in Technology and Machinery.
The renovation of the railway tracks is just an element of a full scope of activities planned. As Slawimir Nowak reports, 26,4 billions PLN will be spent on rail facilities in 2013-2015. About 1,33 thousands kilometers of railroads is expected to be renovated each year. At the same time, the department of transport and infrastructure is going to spend 3,5 billions of PLN on new rail facilities. The following activities are planned among the others: buying of 20 Pendolino trains, updating of 298 passenger carriages. 20 new electric locomotives will also be purchased. About 1 billion PLN will be allocated for revitalization of train stations.
In the meantime, PKP (Polish acronym for Polish State Railways) is losing its passengers. Since the first seven months 17,936 have used PKP Intercity services, which is 100 thousands less, than it was during the same period of time in 2011. However, Janusz Milanowski, the CEO of the company, noted that the company expanded its share in the market.
Comparing each month of this year with the same months of the previous year, PKP Intercity had more passengers in January, March, April and less passengers in February, June and July.

Wróć
dodaj komentarz | Komentarze:
POLISH TOURISM HAS ALREADY WON
2013-12-12 12:27
Thanks to UEFA Euro 2012 the image of Poland will be changed. We impress foreigners hospitality, frankness and modernity. Coupons will be cut off through the years – said Rafał Szmytke, president of Polish Tourism Organization (POT).
Filip Frydrykiewicz, Turystyka.rp.pl: Are you glad that we went out to the Euro?
czytaj więcej
German Press: The miracle over the river Wisla is about to
2013-12-11 12:30